Tomb of Leonidas in Sparta

Excavations carried out during the previous century, north of the modern town of Sparta, brought to light an impressive construction. The edifice that dates back to the 5th century B.C. was made from large limestone. Waldstein, who carried out the excavations in 1892, initially thought it was a small temple. Although its use is not yet verified, it is believed to be the tomb of Leonidas. According to Pausanias, it was here that the remains of the legendary king of Sparta were transferred and buried after the battle in Thermopylae. The tomb of Leonidas is the only preserved monument of the Ancient Agora.

The tomb of Leonidas, north to the modern town of Sparta, is an emblem and an important monument, as it is the only monument preserved from the Ancient Agora. Also known and as Leonidaion, excavations of the construction were carried out by Waldstein in 1892. The impressive edifice (12.5 × 8.30 m) has the form of a temple probably dating back to the late 5th century B.C.. It was made of massive limestone and its interior was divided in two connected chambers. The eastern chamber was 3.15 meters long, had the form of a vestibule and was ornate with columns.

Until today, it is not known what the edifice was used for. It is believed to be a cenotaph, while many researchers share the opinion that it is the temple of Karneio Apollo. Although there is no indication on the correlation between the temple and the legendary king of Sparta, according to local tradition and the travel writer Pausanias, the remains of Leonidas were transferred and buried there. It is because of this, that the locals believe it to be the tomb of Leonidas. According to Pausanias the tomb was situated to the west of the Agora, opposite to the theater, and hosted games once a year. 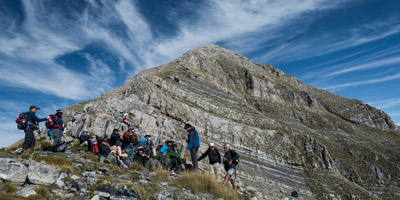 Hiking in Taygetus mountain of Peloponnese

Hike to the highest peak of the whole Peloponnese at the mountain Taygetus and live an unforgettable experience! 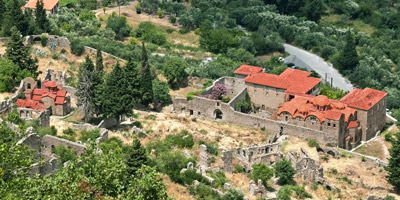 Visit the Frankish and Ottoman monuments as you walk on Byzantine paths of Mystras! 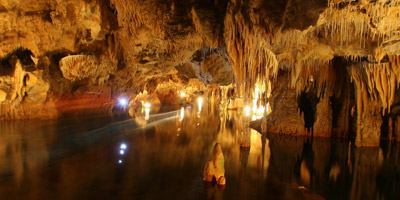 If you are staying in Kalamata or Mani and its aurroundings, don’t miss out to visit the Diros cave that is considered to be the first of the three most beautiful and impressive lake caves in the world!